Home Entertainment A look into the craziest culinary reality TV episodes ever. 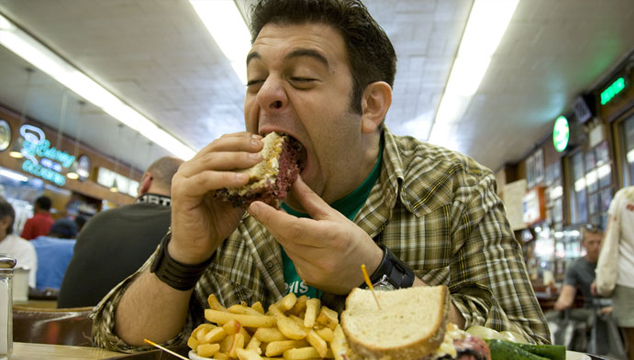 When it comes to food, the TV isn’t what comes to our mind in the first place, but here’s the thing, it is the TV that has had a marked impact on society and culture as we know it, and the culinary shows that are aired on TV go a long way in reshaping and influencing food as we know and love. Cookery shows like MasterChef help viewers gain an in-depth understanding of the dishes they love to feast on, albeit competitively.

On the other hand, shows like Man Vs Food Adam Richman, and Gordon Ramsay’s Kitchen Nightmares offered viewers a classic, reality-tv based, culinary and dining experience. While Man Vs Food offered a glaring look into a man’s appetite for humongous and delectable challenges, Kitchen Nightmares taught diners and hoteliers around the world what not to do in a restaurant business, and how not to cook for customers who place their trust in the restaurant.

Here, we will be taking a look at some of the notable episodes that characterized these shows and endeared them to their fans across the world. So, let’s start.

A show that defined what it meant to be a monster eater, the show managed to win the hearts of fans all over the world, and Adam Richman was the spearhead who led the charge. He is a man who loved to take on crazy eating challenges all over the world and seldom lost one. Although he’s not associated with the show anymore, the legacy he charted for himself while on the show lives on. Some of the craziest challenges that he undertook while hosting Man Vs Food are as follows.

Organized by the Ohio Deli in Columbus, Ohio, the challenge involved gorging on a massive sandwich, and this was one of the pivotal episodes that put the show on the map. In an interview later on in his career, Adam Richman emphasized the importance of a game plan, especially if it was a quantity challenge that involved a lot of starch. The challenge wasn’t even one of the most difficult to ever feature but gave viewers a taste of what they can expect in the years to come.

Held at smoke eaters, San Jose, California, this was one of the spiciest challenges that Man Vs Food Adam Richman came up against. The challenge featured 12 chicken wings that were drenched in 6 ounces of habanero pepper. One had to finish all this burning pile of chicken in 10 minutes, and out of the 9000 people who had attempted the challenge up till that point, a staggering 80% failed. The sheer pain and suffering that the challenge inflicted upon Man Vs Food Adam Richman convinced us to include this challenge in our list. Although Adam managed to win, the journey wasn’t easy, to say the least, and he had to lick clean the sauces to win.

Coming to our final Man Vs Food Adam Richman challenge for the day, let us wrap this section up on a sweet note. To face this challenge, Adam Richman and his team jetted off to Hawaii to take on this 3-pounder monstrosity. Featuring the largest quantities of syrups and creams, this pancake challenge has taken its fair share of victims, and the success rate allegedly stands at 1%. When Adam Richman decided to compete, he wasn’t aware of the fact that he would hit a syrupy wall, and fail to win the challenge.

These are our top 3 picks when it comes to the craziest Man Vs Food Challenges. Now, let us take a look at some of the most significant Kitchen Nightmare episodes that revolutionized the restaurant industry forever, and cemented the reputation of Mr. Gordon Ramsay as one of the best chefs of all time. So, let’s start.

Hundreds of restaurants around the world are serving a delectable platter of mouth-watering dishes to their clients all over the world, but there’s an issue that often goes unnoticed. You see, not all restaurants are run equally well, and a lot of them fail to survive beyond a certain period. The closures can stem from a wide variety of reasons like poor management, inadequate marketing, sub-par food, etc. Unfortunately, not all of them are lucky to have a master chef or hotelier guide them. This is where Mr. Gordon Ramsay steps in. Arguably one of the best chefs there is, he is an extremely successful hotelier as well, and in this show, he visits struggling hotels and diners and helps them stage a turnaround. The show took him all across the country, and hundreds of restaurants were influenced positively by his arrival. Let us take a look at three such restaurants that were affected by Gordon’s Midas touch.

Located in Boston, Massachusetts, La Galleria 33 aspired to be a top-notch Italian restaurant that was founded by sisters Lisa and Rita. They wished to emulate the success of their father’s restaurant, L’Osteria, and for unfathomable reasons, decided to open their restaurant in close proximity to their father’s restaurant. The restaurant wasn’t doing well when Gordon visited the place and was plagued by design, managerial, and quality issues all the same time. Gordon managed to resolve the internal conflicts, improve the culinary standards, and turn the place around like never before. La Galleria was a prime example of what can be done if everyone is onboard, and finds a leader like Gordon Ramsay to steer them.

Italian cuisine is extremely popular in New York, and there is a large native Italian population present in the vicinity as well. The place was renamed in memory of the owner’s mother, and the restaurant was doing well initially, but the dynamics soon changed, and footfall started to come down. A concoction of poor management, frozen foods, poor hygiene, etc. Mama Maria’s was in a very sorry state of affairs when Gordon visited the place. Using his skill and experience, Gordon overhauled the menu, redecorated the place, and improved the overall standards of the place, and is one of the best Italian restaurants in the Brooklyn neighbourhood that stands to date.

A restauranteur of 12 years, former special educator Jean Gould struggles with her southern food restaurant in Pennsylvania. Not only does she have staffing issues but also culinary disasters to look after, and all these are taking a toll on her as well. As Gordon Ramsay visits the restaurant, he is shocked at the disarray that the place is in, and the lack of marketing that has kept diners away. As he ventures deeper, he uncovers a tangle of unhygienic practices, a staff that needs to be pushed around, and an owner who’s floundering to keep the place afloat. Most of the items on the menu card weren’t available as well. Although it took quite a bit of effort to turn the place around, Gordon Ramsay finally managed to do it. The restaurant is a shining beacon in the community and is still going strong to this day.

The world of cookery shows has diversified greatly in recent decades, and fans of these shows love to dig deeper into every aspect of these shows. Man Vs Food Adam Richman and Kitchen Nightmares are two such shows that have revolutionized cooking-based reality TV shows, and shows like these are really taking off nowadays. 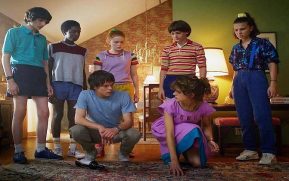 Why “Stranger Things” is So Popular Movie on Netflix 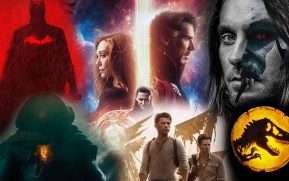 Top 5 Most Anticipated Action Movies In 2023 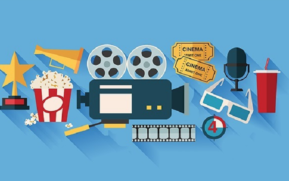